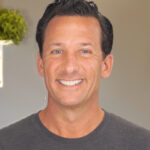 Author: Dan Green
Last Updated: December 20, 2022
Our advice is based on experience in the mortgage industry and we are dedicated to helping you achieve your goal of owning a home. We may receive compensation from partner banks when you view mortgage rates listed on our website.

House styles have evolved for centuries to accommodate changes in taste, lifestyle, and environment. Exploring the house styles that create American neighborhoods allows you to envision your dream home and know exactly what you’re looking for before you’re ready to buy.

Understanding the foundation of your home’s design can also help you plan your decor and landscaping — making a house your home.

Learn more about the history of home design and choose your ideal architectural style before you move.

You can view the full infographic here or read on below to learn about the most popular American house styles.

Colonial-style houses are simple rectangular homes that became popular in the 1600s as colonists settled the East Coast. These homes have many variations due to the fact that new communities all over the world built Colonial-style homes to suit their culture.

These homes are also some of the cheapest types of houses to build.

British Colonial style is the most common and recognizable Colonial home. Its key features include:

The rectangular shape and interest in symmetry are seen in other Colonial house styles, too. Materials and decorative features can vary by region, as some Colonial houses sport brick exteriors and ornate trim, while others showcase shingle siding and simple shutters.

Start your house hunt by getting pre-approved today.

Cape Cod homes are similar to the British or American Colonial homes, though they originated further north in Cape Cod, Massachusetts. These are often seen as the classic American family home since the style’s revival in the 20th Century.

Cape Cod homes are identified by their:

Cape Cod homes are built of local wood and stone to withstand the northeastern weather. This exterior weathering provides an iconic weathered-blue color to these homes.

The large barn-style roofs are the most identifiable feature of a Dutch Colonial home and even became known as “Dutch roofs.”

Federal-style homes became popular after the American Revolution and were a refined upgrade to the popular Georgian house style. They have the same recurring shape and symmetry as other Colonial house styles, but their delicate ornamentation sets them apart.

The elliptical fanlights and paladin windows are key distinguishing features from Georgian-style homes.

Start your house hunt by getting pre-approved for a mortgage today.

The French Colonial house style can be seen around the world and has significant variety among its sub-styles.

French Colonial houses have the same symmetry as other Colonial homes with these distinct features:

Georgian-style homes were one of the most common styles in the 18th century and showcased formal and classical details that previous homes didn’t. Georgian houses are similar to Federal houses, though they can be distinguished by:

You can also find regional variations with hooded front doors and pent roofs between levels.

Contemporary homes resemble the modern homes of the mid-20th century with a renewed emphasis on sustainability. Current contemporary styles are rooted in minimalism, which you can see in these key features:

Contemporary homes aim to find beauty in a simple and appealing design with ties to nature and more warmth than modern home styles offer.

Cottage-style homes are often quaint and cozy — emphasizing charm and comfort over ornamentation. Cottage houses come in a variety of styles and can mimic bungalows, Tudor house styles, and more.

Look for these designs to identify a cottage:

A cottage house style is extremely versatile, and its small size makes it great for small families or guest houses.

Get pre-approved before you start your house hunt.

There was a renewed interest in handcrafted art and design following the industrial revolution. This became the “Arts and Crafts” era and paved the way for the Craftsman home, or “arts and crafts” home.

Craftsman homes focus on simplicity to counter the ornate stylings of Victorian homes. They’re also designed to highlight the craftsmanship of its builders and include:

Craftsman homes are favored for their character and are another versatile style that may borrow common elements from other home styles.

The American Farmhouse is a simple and timeless style. Farmhouses are designed to be practical first and foremost. They’re common across the US and often showcase regional variations, like wrap-around porches in the South.

Farmhouses have evolved with time and location, but often feature these elements:

Of course, the easiest way to identify a farmhouse is that they’ll often be situated on a large plot of farmland.

A French Country home has a rustic yet upscale charm. French Country architecture is designed after French chateaus and became popular with American soldiers returning from World War I.

French Country homes are designed with their environment in mind. They often feature neutral colors with soft, nature-inspired pops of color like sunshine yellows and grass greens.

Get mortgage pre-approved to start your house hunt.

Around the 1820s, Americans experienced a renewed interest in classic Greek and Roman culture. This cultural shift was a natural fit for architects, who brought the Greek Revival house style to life.

Greek Revival homes often have decorative trim and moulding around the front door and windows. These ornate features and columns are easy ways to identify Greek Revival architecture.

Mediterranean home styles are made of stucco, so they’re most common in warm climate states like Arizona and California. These homes grew in popularity in the 1920s and ‘30s after being featured as homes for the rich and famous on the silver screen.

Mediterranean-style homes include Spanish and Italian architectural elements. These key features make them easy to spot:

Mediterranean homes still carry the feelings of class and luxury they were built with over 100 years ago, with an added element of history and charm.

Modern home design became popular in the early 20th century and has a heavy influence on today’s contemporary designs. The core of modern designs can be seen in their:

These styles attempt to connect with nature through minimalism and fluid design between outdoor and indoor spaces. Modern house styles branch into a few key sub-styles.

Mid-century Modern designs are nothing new and have influenced interior design, graphic art, and house styles. Mid-century Modern homes are designed to embrace minimalism and nature. They’re also often modeled to appeal to a futuristic or abstract concept.

Mid-century Modern homes can be identified by their:

Prairie-style homes were made famous by the architect Frank Lloyd Wright. These homes celebrate and complement the natural beauty of the Midwestern landscape with low and long shapes in the floor plan and building elements.

The Pueblo Revival was inspired by the indigenous Pueblo people’s architecture in the Southwestern US. Pueblo homes were made of adobe or stucco and designed to handle the extreme temperatures of the desert.

Architects in California began to explore the Pueblo style in the late 19th century and the Pueblo Revival style spread across New Mexico, Arizona, and Colorado.

The Pueblo Revival hit its peak in the 1930s in Santa Fe, and these Pueblo-style elements are still popular in the Southwest:

Get pre-approved before starting to look for a home.

Ranch house styles are the most searched style in the US today and are common in cities and suburbs across the country. There are various ranch house styles, including California and split-level ranch homes. The main distinguishing features between these styles are living space and home layout.

Ranch homes are the most popular homes in 34 US states — particularly in the Midwest and on the East Coast.

Townhomes are common in cities and densely populated neighborhoods. Townhouses are tall and narrow homes designed to make the most out of vertical space without too much of a yard or garden area.

Homes are considered townhouses when they:

Townhouses can be built to mimic other architecture styles, like Italianate and Greek Revival, while maintaining the condensed, vertical floor plan.

Modern Tudor homes are inspired by Medieval European Tudor homes and often have a charming cottage aesthetic. They’re popular on the East Coast and in parts of the Midwest.

Tudor homes are an easy style to identify. They feature:

The Tudor Revival reached peak popularity in the 1920s and is still widely popular today.

Victorian homes were built between 1837 and 1901 while Queen Victoria reigned in Britain. “Victorian” actually refers to multiple styles that vary in influence, but each features ornate detailing and asymmetrical floor plans.

The key features of a Victorian-era home include:

Victorian homes are all about ornamentation — industrialization allowed these homes to be produced en masse and across a variety of architectural styles.

Get your mortgage pre-approval to see how much home you can afford.

Gothic Revival architecture grew in the mid-19th century and was one of the early styles of Victorian-era homes. The Gothic Revival style takes influence from Medieval Europe and was designed as a country home. Architects believed the asymmetrical design and ornamentation complemented the nature of rural America.

Gothic Revival homes can be identified by their:

Gothic Revival architecture was a popular style for schools and churches as well as rural homes.

Italianate architecture continues the trend of asymmetrical design, romanticism, and Medieval influence — this time borrowing features from Medieval Italy. Italianate style is common up and down the East Coast and peaked in popularity between 1850 and 1880.

Pattern books were becoming a popular way for craftsmen to build homes in different styles. This flexibility meant Italianate features were accessible for a variety of homes including large estates and urban townhouses.

Queen Anne homes were popularized in the later Victorian era, beginning around 1880. This style is the quintessential Victorian home for many, with ornate woodworking and decor inside and out.

Queen Anne homes have key regional differences across the country, but maintain these essentials:

Queen Anne architecture is most common in homes, but can also be seen in schools, churches, and office buildings.

Get pre-approved before searching for your dream home.

Second Empire homes are also easy to identify since they’re the only Victorian-era style that often features a symmetrical, rectangular floor plan.

Shingle-style homes took influence from Colonial architecture rather than Medieval Europe. Ornamentation became simpler towards the end of the Victorian-era and Shingle-style homes are best known for their creative floor plans and signature shingles on exterior walls.

Shingle Victorian homes are identified by these interior and exterior features:

Shingle-style houses were designed as a work of art and encouraged creativity in their use of shapes and features.

House styles will continue to evolve with influences from history, culture, and our lifestyles. Choose the style that fits your lifestyle, location, and, of course, personal style best. Then check your credit score, get pre-approved, and start house-hunting.

Is Now a Good Time to Buy a House? Your Answer for February 2023